I just posted on LitRPG Society’s page my review for Luke Chmilenko’s standout first book.  Luke agrees with the side characters being a huge problem because he wanted a massive MMO-feel to the book, but that’s ridiculously hard to do in a book.  He says:

Hopefully if people keep liking my stuff, I can get around to doing some companion novels for some of the other characters, and give it a little bit more life!

So here, I will give Luke and any other author my unsolicited advice on approaching this problem, by my usual method of giving a tale of two cities. 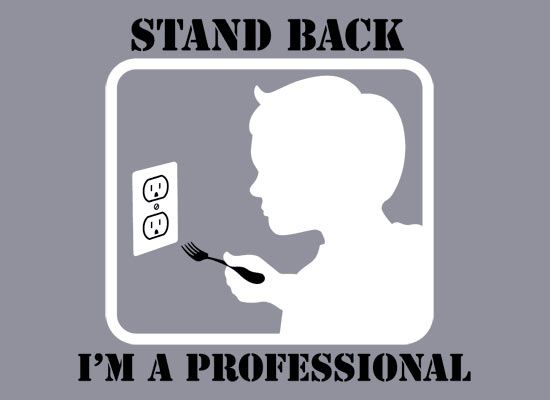 In the first of those tales, “How to do it wrong”, we have The Lone Gunmen, a spin-off from the popular X-Files show.  It was an ill-conceived attempt to make a joke.  Mulder might be conspiracy theorist, but he was a good-looking, high-functioning conspiracy theorist who at least had plausible reasons for his beliefs.

Meanwhile, the Lone Gunman are three ugly guys who fit all the nerd stereotypes and can’t be taken seriously.  So they made a show that asked you to take them seriously.  Not surprisingly, it failed to find its mark and went off after one season.

In contrast, F. Paul Wilson’s Repairman Jack started off as a minor character in a different series.  In a World of superhumans and magical beings, Jack was an ordinary man.  He has no special powers and no special training.  Despite being a massive success in his first book The Tomb (1984), Wilson didn’t make Repairman Jack into a regular character until 1998.  Fans were so enthralled with Repairman Jack that it became the major focus of his writing after the second book.

So you can see the obvious advice there, write about a protagonist that people actually care about, don’t shoehorn one in and expect people to like them.  If a character isn’t an initial massive success, like Declan in The Demon Accords, you have to give that character enough time in the main novel to breath.

So, what to do?  First, pair off the team into different groups.  In the ideal World, they should have powers that complement each other, but personalities that put them in conflict.  Hypothetical scenario for Luke’s book.

The MC stays back at the village to continue to undersee repairs, but notices some problems.  First, the only ore available are the brass and other weaker metals that he’s found.  Second, even though they repelled an invasion, they know others are coming and will require additional support if someone actually uses a prolonged siege.  Even though the MC doesn’t need to eat and drink due to his “Mana Void” condition, the rest of the players and NPCs do.  Third, he only knows a small portion of the map and wants to finish detailing all of the surrounding villages and cities, and wants an updated map of any troublesome regions or potential allies.

He figures out that the best group to send out will be a mage/warrior/thief group, and he keeps the other party to himself.

How does the new group decide who the leader is?

The party heads out to investigate the other areas, and the first village they come across is battered from war.  There are very few men in the village left, and the team finds out that there are groups of pirates that attack from a stronghold across the river every few months, stealing the food in the village.  The men tried to mount a counter-attack, but were destroyed.  The pirates have been attacking more lately, and the women fear what will happen to them and the children now that there is barely anyone left to mount a fight.

So the team has to decide:

Whatever decision the team makes and their reasoning behind it, this reveals the moral dimensions of the characters and makes them more interesting and fleshed-out.

Meanwhile, the pirates land on the coast of the main town, (sorry Luke, I don’t exactly remember the topography of your World :D), and meets with the MC outside of his village.  The pirates tell the MC that he can either give them tribute, or prepare for war.  Does he:

Whatever he does, he realizes they have better gear than him, and he doesn’t really have any way of repelling a water invasion since he’s been preparing for a land invasion from the North.  Does he:

At the other village, the team gets attacked by the pirates.  Do they:

After that, do they attempt to infiltrate the pirates base or wait for another attack?

There’s a lot of potentials there, but each choice by each team member shows what their moral values are.   If some of the team members are willing to leave the village behind because their primary concern is the village that they currently spawn at, that means they believe in the greater good.

All of these decisions are both moral decisions and social decisions, revealing the hierarchy between the PCs and their overlapping or conflicting moral choices.  Since the MC was the only one responsible for these choices in the first book, the other characters never developed.

From there, it will be easy to know if as an author, you find certain characters more interesting to write about.  Second, the audience will probably respond naturally to the more interesting characters, having a chance to see them in their own element.

Without that, trying to write a spin-off with characters that the readers aren’t invested in will probably not do well.  Look at G. Akella’s excellent series, his worst rated book is the one where he revolves the plot around the side characters.  I know why he did it, but many people did not take kindly to it.

1 thought on “Should side characters get their own novels?”